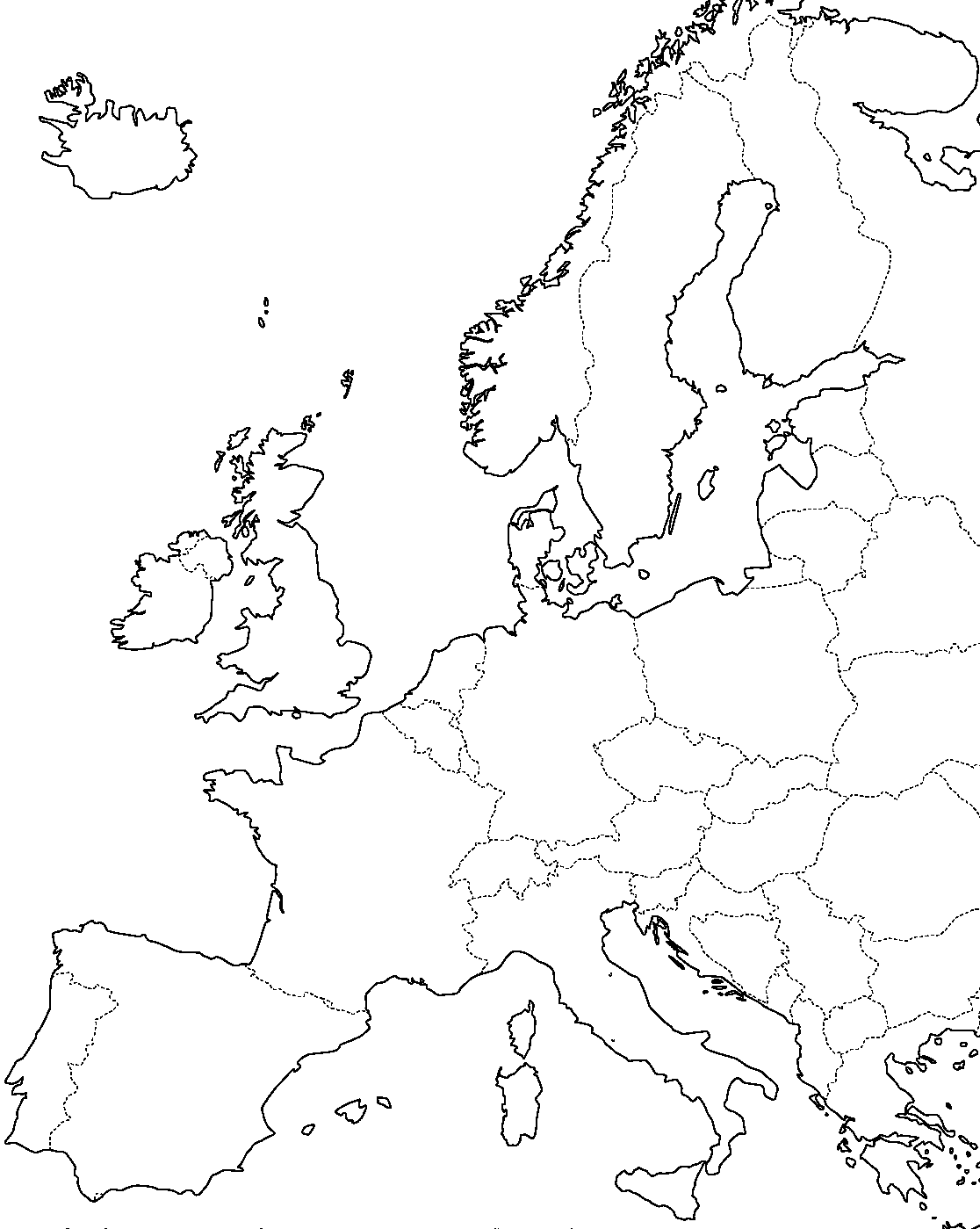 Crossing the border from Iran to Turkey

Crossing the border between Iran and Turkey, travellers have 3 options. There's the Bazargan-Gürbulak crossing in the north, Razi-Kapiköy halfway south and Serow-Esendere in the south. Several reasons led me to choose the middle one. And as before I set on the way, I found it very difficult to get any information on any of the border crossings, I want to share my experience.
Let's jump to my decision making process. As I said, I chose the Razi-Kapiköy border crossing. And well, first of all the other two crossings are on the advise against all but essential travel list of the British Foreign travel advice website. As I find all my travels essential, this wouldn't be such a problem, but I guess it's worth noting. Second of all I found several non-official information that only Turks and Iranians are allowed to use the other two crossings. I didn't manage to verify this, but still I decided to take it into account. As my Iranian visa was getting close to the end, it seemed a bit risky to try my chance.

But finally and most importantly, there is nothing interesting anywhere close to the north and south crossings. While the Razi-Kapiköy crossing has Van city with its castle and the Van lake with its Akdamar island. Plus, Van has an airport with very cheap daily flights to several destinations in Turkey (including Istanbul, Ankara and Izmir). So if you want to cheat a bit with your overland trip (as I wanted) and skip the eastern part of Turkey, this is your chance.
Important note: The Razi-Kapiköy crossing is not open 24/7! You can only cross between 8.30&nbspam and 4.30&nbsppm Iranian time (8 to 4 Turkish time).

My trip across the border started in Tabriz. The cheapest option was to do the trip in stages&nbsp-&nbspfirst take a bus to the city of Khoy, then a taxi to the border, cross on foot and then take a dolmus (Turkish minibus) to Van. By the time of my travel (August 2018), there were many daily buses between Tabriz and Khoy, first one at 8.45 and then one every 2 hours. As Iranian timetables work more like recommendations than real timetables, I took the first bus to have a chance to make it to the border on time.

After the incredible Iranian hospitality I experienced over my whole trip, getting on the bus in Tabriz was quite a big shock. To make things smoother, my Iranian acquaintance had bought me the ticket online a couple of days before. But once the bus driver spotted the ticket, he dragged me back to the departure hall and even though everyone there could speak just a few words of English, I soon understood what the problem was. They wanted me to pay more money, because I was a tourist. I argued with the guys for so long and gradually so loud, that it attracted a security guy who told them to fuck off.
Finally I was allowed to get on the bus and we departed ON TIME! That had never happened to me in Iran before.

As the bus was getting close to Khoy (after only 2.5 hours and with no unnecessary stops, I'm not kidding, I really finally experienced a normal bus ride in Iran), I was preparing myself for hardcore bargaining at the taxi stand. And when I got off the bus, I couldn't believe what happened. Nothing happened! In all the other cities, the taxi drivers could kill themselves just to get my white skin and European wallet into their car. But not the Khoy drivers. They were just watching me. Not saying anything. And simply not giving the least amount of fuck. I was genuinly speechless.

I started slowly leaving the scene. If I turn away, I might finally get the attention I thought. But I slowly ended up inside of the bus station departure hall. And then finally! Just as I entered the building, a guy in uniform shouted TURKYIE? And when I nodded, he grabbed my arm and dragged me outside, to an empty Turkish minibus. Only a Turkish driver and one Iranian passenger were inside. The driver asked for less than the price of a shared taxi should be. And claimed he would take me all the way to Van, not just the border. This raised my suspicion but before I could think about it, the door closed and we were on our way.

Soon I found out what this was about. And that carrying passengers is really not the way this driver makes a living. There were boxes and cartons of cigarettes everywhere. It didn't take long and the driver asked me to carry some of the cigarettes across the border, because one person is not allowed to take that many. I felt really bad for doing it, but I refused. I thought I would be suspicious enough as the only European in a 200km radius and I don't need to take part in smuggling. I was expecting that the driver would kick me out at the nearest village, but to my surprise he didn't. Although he looked very disappointed and asked again several times. I offered to pay more money (because this was really a dirt cheap ride) to compensate, but he refused.
The drive to the border itself was incredible. The narrow road was winding along a wild river, with high, impressive rocks surrounding it. The rocks were getting steeper, higher and it felt like we are driving to the end of the world. But suddenly the valley broadened and we entered Razi, the last village before the border. We stopped at a gas station and the driver filled up the minivan as well as several canisters with the cheap Iranian fuel.
Finally we got to the border. There was some sort of pre-check before getting to the crossing itself. Nobody cared about the shitload of cigarettes in the car, but I became the center of the attention just as I thought. My passport was checked by several policemen and I had to unpack my backpack and explain, that the box of saffron I'm carrying is really just saffron. Neither the driver, nor the Iranian were checked.

As we entered the Iranian part of the actual border crossing, my new Iranian friend and I had to get off the minibus and get to the other side on foot. Immediately I was joined by 10 year old kids offering to change money for me, sell me cigarettes or simply carry my backpack for money. They were cute and not annoying at all (this is actually not irony), but I was careful not to take out my wallet anyway. I've got rich enough experience from all my travels.
I got into the building called THE PASSENGER HALL and it was quite a shock. I was expecting a modest room with a couple of uniformed guys, but this looked exactly like at any airport. Huge bright room with many police cubicles. Beyond them, a small non transparent sliding door leading to Turkey, guarded by several policemen. Other "travellers" were mostly just Turkish guys with huge plastic bags full of cigarettes. But the customs officers didn't check any of them. Just me again. I had to unpack the whole backpack and explain my saffron again.
I soon noticed, that while people waiting for the passport check weren't even allowed to step out of the line, the 10 year old children were running there and back, through that sliding door and noone would tell them anything.
As soon as the person in front of me got through, the policeman in the cubicle got speechless. I handed him the passport and he just kept staring. "Where are you from?" he finally asked. "Dzumurie Czech," I answered and the guy started going through the passport as if he didn't know what was he looking for. Suddenly another policeman entered the cubicle and once he spotted me, he clearly forgot what he wanted. "MAHMOOD," he shouted after some seconds and another policeman came. Now there were three guys staring at me. God, I knew foreigners are not very frequent here, but I wasn't expecting to be such an alien.
I guess the policeman was suspecting the passport was fake, because after he finally finished staring, he started asking about all the details he could find in the passport. Full name, date of birth, place of birth, date of my entry to Iran... Finally I got my exit stamp and all the guys thanked me for coming to Iran. I was let through the sliding door to join a queue that was expected to take 2 hours to get through.
As I casually leaned on the railing surrounding the queue, with the passport in my hand, I noticed some guy is staring at the passport. "INGILISI!!!" he shouted suddenly and all the people turned around. I could hear the word "Ingilisi" from everywhere. People were watching me, before they started pushing me forward. "INGILISI", shouted the same guy again and an Iranian soldier rushed in. He grabbed my arm and dragged me to the border gate. Suddenly I was in Turkey and I saved 2 hours. I felt bad for being so privileged just because of an EU passport, but also kind of good.

The Turkish part was much faster. Several guys with huge bags full of cigarettes asked me to carry a couple of the cartons through the customs, but I ignored them and just passed through. The policeman who checked my passport clearly got proud, because he shouted "Czech Dzumurieti" as if he was bragging and he got some shocked answers from his colleagues sitting in the other cubicles.
Overall the Turkish side seemed super friendly and casual, compared to the very strict Iranian side. As I was leaving Iran and entering Turkey (meaning I was no longer the problem of the Iranians), I thought it was rather weird and I would expect the opposite. Anyway, this didn't in any way ruined my opinion on the Iranian people, which I find the friendliest and most hospitable people in the world.

Soon I realized that cutting the queue didn't really help me, as I should now wait 2 hours for my driver. There were many policemen just hanging around the entry gate to Turkey and one of them immediately started a conversation with me. In perfect English! That's really rare in this part of the world, so I happily talked with him. About everything, starting with me talking about my travels and ending with him hating the Turkish government.
Finally he suggested he would haggle down the price of a ride to Van for me, so that I wouldn't have to wait for my driver. I couldn't thank him enough. He even explained to my new driver that I don't have any Turkish liras and the driver agreed with me paying after we get to Van. This time there was no smuggling involved, so I had to wait for the minibus to get full. But it just took mere 10 minutes and then just a one hour ride and I was getting off in the center of Van.

So this was my border crossing trip. How long did it take? The bus from Tabriz to Khoy was 2.5 hours, then 1.5 hour ride by minibus to the border, 1.5 hour spent with the actual border crossing and then 1 hour by minibus to Van. So altogether 6.5 hours. I left Tabriz at 9&nbspam Iranian time and arrived to Van at 2&nbsppm Turkish time. And how much did it cost? The first bus was 10.000 toman, the minibus to the border 40.000 toman and the minibus to Van was 20 Turkish liras. If we convert this to euros, it's less than 10 €. Now you can have a look at some pictures from Van.